The Solarium in Jamnagar

It is said that there is no substitute for natural source of energy. Nature made man and no matter how many advancements does the man make, he would always need nature's bounty for his existence and well-being. Right from the ancient times, we have been consuming all the natural sources of energy. There were many ways with which we used the various forms of natural energy ans used them in our day today lives as well as for crucial purposes. 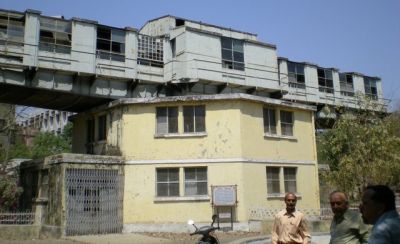 Till date we have been able fight back many diseases. Thanks to Mother Nature!
She has provided us with all sorts of means that have been playing lead roles in treating many ailments in many ways. One of them is sunlight that is stored in Solarium, the name given to a room that is built largely of glass to capture and store the energy.

The Solarium: The Inception

Deeply influenced by the scientific advancements that were taking place in Europe, Maharaj Ranjit Singh first commissioned the Solarium in 1934.  French engineer Dr. Jean Saidam was commissioned to build the structure which in the 1930s cost a princely sum of Rs. 6 lakhs.

Treatments Provided in The Solarium

The Solarium contains a revolving tower built entirely of glass. The tower revolved a full 360 degrees capturing the rays of the sun during the day.  The solar energy thus harnessed was used to treat ailments primarily skin diseases, rheumatism and tuberculosis.  Popularly known as the Ranjit Institute of Poly-Radio Therapy the solarium to this day remains the only surviving medical facility in the world to use solar energy for medical applications. The glass tower was made of special quality of Belgian glass designed to keep harmful rays at bay hereby harnessing the positive power of solar energy to its fullest potential. Depending on the kind of ailment, patients were exposed to the sum rays at different times of the day repeatedly over a specified duration of time.

Designed mostly for the poor subjects, treatment costs were minimal despite the facility and treatment methods being a rare one.  Apart from patients, facilities around the center were built to ensure that family members of patients could stay with them during the period of treatment.

Procedure of the Treatment Provided in the Solarium

The solarium stands at a height of 40 feet above the ground.  Treatment cabins were built on a platform which is at a height of 30 feet from the ground level.  The platform is 114 feet long and contained 10 cabins designed for solar therapy. The size of each cabin is 13X9 feet.  While the platform revolves horizontally, the patient’s beds housed within the cabins rotate vertically at the same time. The tower was built to adjust its position every 10 minutes according to the sun’s trajectory across the sky.  Provisions were also kept for manual intervention in cases of technical glitches. An observatory was also built within the premises to observe and map the sun’s movements. Patients were made to undergo three kinds of ray therapy namely, ultraviolet rays, infrared rays and total radiation rays. Depending upon the diagnosis, they were placed in special cabins designed for each kind of ray therapy. Special concentrator glasses designed to maximize the ray potential were built in the room along with wavelength filter glasses which kept harmful rays at bay.

The facility was hugely popular in India and abroad particularly due to its effective yet unorthodox treatment methods. However with the advancement in medical science and the unavailability of concentrator glasses, the use of the solarium was eventually discontinued. The last solar therapy took place in 1996 and the place today is no longer a functional facility. Nevertheless it attracts huge numbers of tourists to the city who are given a tour of the facility. Recently however, there have been talks of re-opening the facility once again.


Explore more about About Jamnagar