The term Spa is associated with water treatment also known as Balneotherapy. Spa Towns and Spa Resorts offer various health treatments. There are currently over 2500 Spas operating in India. The spa industry in India has changed and is evolving with leaps and bounds. Earlier it used to be a small beauty parlor and now things have changed. People are getting more into spa therapies. At the present time in India, the spa industry is more into body massage and the major growth has taken place in this segment. 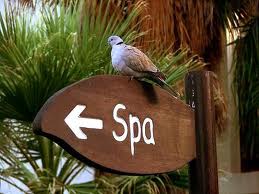 In the past there used to be only Ayurveda spa and Kerala therapeutic spas in the industry. But the industry has evolved now. The future looks like that more of fusion spas, including both Indian and Western therapies. In India water therapies are not that popular but massages are very popular. It is believed that in coming days water therapy will also be profitable. Currently the spa treatment is not considered a luxury anymore. It is becoming or has become a necessity. Women want to keep themselves groomed and they are keeping a budget aside to groom themselves and look better. There are a few benefits of Spa. Some are:
Jamnagar is a small city with people who believe in a rather traditional way of lifestyle. Most of them are middle class who see spa treatment as a luxury. Hence there are not many Spas here. Only a few spa therapy centers you would come across in the city of Jamnagar. Those are:

The spa culture in India is growing. It all depends on exposure, awareness and the spending capacities of the consumers. The spending power of the urban people in India has increased. Indian women are getting inclined toward maintaining and grooming themselves. Most of the Indian women are aware of the treatments nowadays. Same goes for the men. Thus we see that the Spa industry has a good future in India.

Explore more about Lifestyle in Jamnagar