The city of Jamnagar is a Municipal Corporation, situated in the Indian state of Gujarat. This city was known as Nawanagar when it was build up by Maharaja Kumar Shri Ranjitsinhji in 1920s. This city lies to the south of Gulf of Kutch and is located at the banks of river Rangmati. Jamnagar, also known as Saurashtra is a very beautiful city and has a few of the uncommon temples in India. Jamnagar city is situated 337 km west of the capital Gandhinagar and recently become significant as the India’s largest private company Reliance Industries has established the largest oil refinery of the world near the Moti Khavdi village in Jamnagar. Essar oil refinery is also located near the town of Vadinar. This is the reason why Jamnagar is now nicknamed as ‘Oil City of India’. 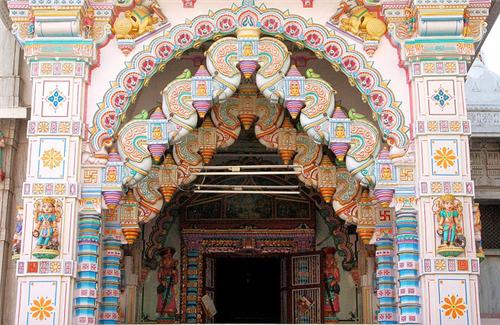 Large numbers of tourist gather here every year to have a look at the finest gift of the history. These tourists come from the different parts of India and World. Jamnagar was named so after its founder Jam Rawal. Emperor of Gujarat gifted 12 villages to Jam Lakhaji, father of Jam Rawal’a but he was killed in a conspiracy before he takes possession of the villages. Then Jam Rawal killed the conspirators and takes the revenge of the father’s death. After this, Jam Rawal took over the control of his father’s kingdom.Jamnagar or previous Nawangar is a relatively new city of India. According to legends Lord Krishna dwelled in Dwarka after moving form Mathura.  Dwarka is now a now a part of Jamnagar and the religious flavor of this city can be measured from the presence of various temples. Initially brass manufacturing was the primary activity of this place before establishment of Reliance and Essar oil refinery. So it was previously called as the ‘Brass City’ of India.

You can reach to Jamnagar by air or rail route. Jamnagar airport is located ten kilometers away from the main city. This airport provides the facility of domestic flights. Jamnagar railway station is also connected to the major cities of India. Shantinath Mandir is situated on the south west of Badi Gate in Jamnagar. This temple is feature with intricate carvings and the walls are adorned with fine murals which represents the life of Jain saints. The floor of this temple is built with marble and decorated with distinctive Jain patterns in yellow, black, white and red.

It is believed in all over India as well as all over the world that Indian temples are the place of worship for Hindus. These places are generally related with the Hindu deities. This is the place where the specialty of the Jamnagar’s temples lies. Most of the holy places of Jamnagar are related with the Jain sect. Shantinath Mandir is one among the majority of the tourist attractions of the Jamnagar.