Jamnagar also known as the Jewel of Kathiawar is a prominent city in the state of Gujarat, India. Earlier it was known as Nawanagar. Jamnagar is actually a coastal town located on the Gulf of Kutch. Foundation of this town was laid by Jam Raval in 1540. This city is a tourist attraction because of its beautiful beaches and wild life sanctuaries. Several islands with untouched beauty, temples and palaces are scattered all across the city telling the tale of its royal past. You would find here the well famed and very beautiful marine national park with rare marine life and corals and the bird sanctuary as well. 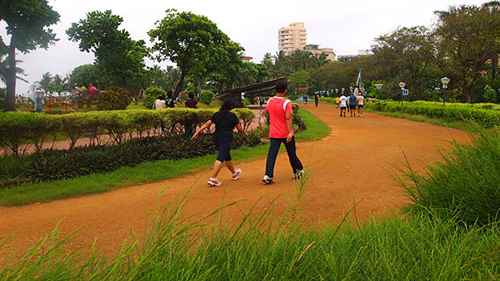 This city has good connectivity with other cities of the state of Gujarat and even with the whole of India. This place is an ideal destination for all kind of tourists and visitors.  In last few years Jamnagar has emerged to prominence because of the establishment of the largest refinery of the world by Reliance industries near the village of Moti Khavdi in Jamnagar. Essar oil refinery is also situated here near the town of Vadinar. After the establishment of oil refineries, Jamnagar has been nicknamed as the ‘Oil City of India.’Monuments and temples of Jamnagar attract the largest bulk of tourists every year because there's an architectural uniqueness about these monuments Few of them are Vinoo Mankad Statue, Kotha Bastion, Willingdon Crescent, Bohra Hajira, Bhujio Kotho and Pratap Vilas Palace. Temples of Jamnagar are the sanctified place for Hindus. Few of the most visited temples of Jamnagar are Mota Ashapura Maa Temple, Vardhman Shah’s Temple, Bala Hanuman Temple and Shantinath Mandir.

If you are fond of marine life and rich birds then Khijadia bird sanctuary and marine national park is the best place to visit. Solarium, developed by Jam Shri Ranjitsinghji is another unique attraction of Jamnagar which is also known as Ranjit Institute of Poly-Radio Therapy.

The Need of Jogger's Park in Jamnagar

Due to the setting up of the refinery and industrialization of the city, Jamnagar's population has invariably increased than what it was few years back. Many outsiders have come and settled in the city for job purpose. Also tourists who pour into the city are living in the city on a temporary basis. Whatever may be the case, your health consciousness won't leave you anywhere and keeping this in mind, the Jogger's Park has been opened in Jamnagar to meet the fitness needs of the swelling population.

Joggers Park is actually a well planned botanical garden in the city besides Palace Ground and its official name is Gulab Kunvarbaa Udhyan. It is very much used by the daily walkers and Jamnagar city joggers.


Jogging as we all know has many benefits on our physical and mental health. In America jogging is considered as sixth most important sport. Jogging improves your body fitness and makes you more active. Your body burns more calories if your do regular jogging as it enhance body metabolic rate and helps in losing weight and achieving better body figure. Jogging is one of the most effective exercise for burning belly fat from the abdomen and hips. Because of overweight people suffer from appetite loss. Along with the physical benefits jogging also build up your confidence as it gives you courage to face the bigger and more serious tasks of life. It relieves stress and trains your mind. Best time for jogging is morning as people are more energetic at that time.The jogger's park has broad jogging tracks, lush green ambiance ideal for early morning jogging as well as for evening walks.

Jogger’s park of Jamnagar is spacious enough. At weekends it remains quite crowded because it is now a fond picnic spot as well as tourist spot too.

Explore more about Sports in Jamnagar