Dams and Canals in Jamnagar

It needs mentioning that the culture and its portfolio in Jamnagar have a share of diverse hues. Bringing out some of the most exclusive picnic spots, the city is a hub of attractive holiday spots in Gujarat. Millions of visitors have been experiencing an ideal holidaying experience within the vicinity to the city. 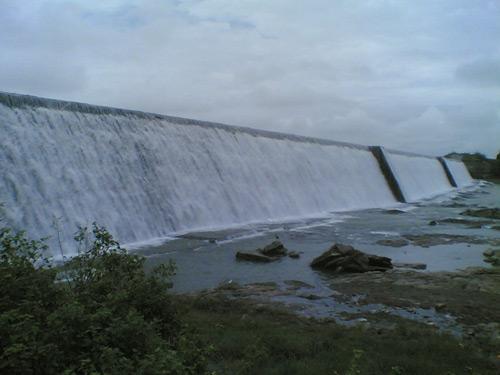 Dams like Vijarkhi Dam, Ranjit Sagar Dam, Sasoi and Sinhan have been in the spotlight due to their picturesque ambiance. Quite often, these magnificent dams are flocked by thousands of visitors who come for picnics with their love ones, bird watching etc

These dams since have turned into a safe haven for some rare species of birds bird watching could indeed be a great time pass for birdie lovers here. You can get to watch some rare and exquisite species of birds like Great Thick knee and Imperial Eagle around these dams and the experience is indeed joyous for the passionate bird lovers. The shore birds get a good exposure in the congenial ambiance of the dam area. The wetland is just perfect for flocking and roosting as well. And that’s the reason why these dams are excellent haven for birds and a ‘paradise’ for the bird watchers & bird lovers.

You can catch a glimpse of the Narmada River from the Sasoi Dam and the view is indeed picturesque. If you have an innate love for Nature in you you’ll definitely enjoy your outing at any of these dams. The Ranjitsagar Dam of all Dams is the most popular and is perhaps the oldest dam in the city. The project of the dam was initiated by Maharaja Ranjitsinji but later it was taken over by Maharaja Digvijaysinji. Thus this particular dam has a royal legacy behind it. And it is the prime source of water into the city of Jamnagar. Most of the dams of in the city become too over flooded with water during the Monsoons and have to raise their flood gates. This often leads to flooding of many low lying areas of the city.

The diverse water resources in Jamnagar are the next relevant issue that needs to be focused on just after the dams and the first word that comes to the mind is ‘Canals’. History speaks about several canals which are located within the vicinity of Kutch. Those are:

Role of Gujarat Government in Building Canals in Jamnagar

The Gujarat Government invested a good deal for getting world class canals constructed all over the state for irrigation purpose and the Jamnagar district too isn’t out of this project. The canals are to be fed by waters from river Narmada and are to come with all latest irrigation facilities. Some of the water resource projects that need a special mentioning are Meshwo, Watrak, Hatmati. These projects have come up with a really high ROI. The plan is to distribute water for irrigation to different parts of the state, to the different districts, interiors through several branch canals and indeed much has already been accomplished in that direction. So hopefully in the coming 1-2 years Jamnagar district will have a good network of canals.


Explore more about Geography of Jamnagar