Jamnagar is an ancient city with people of many religions residing in it. The city presents a unique blend of traditional values and modern culture. Most of the communities here, are religious by nature. Jamnagar city is blessed with a myriad of temples, small ones as well as popular ones. The significant temples are visited by people even from far away places. One of these temples is Bala Hanuman Temple that holds tremendous importance for people there, especially for those who are devotees of Lord Hanuman as the temple is dedicated to Hanumanji only. People in large numbers pay visit to this temple and make offerings. 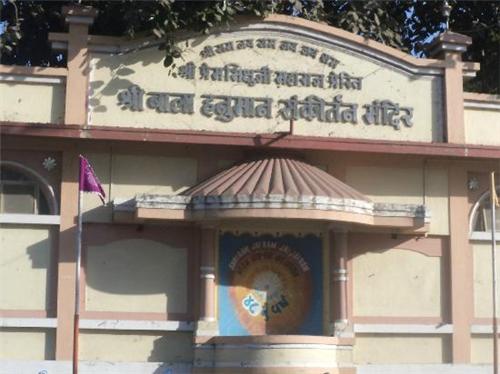 Jamnagar possesses a rich cultural heritage.  Once of its most notable traits is its deep-rooted religious faith.  The city is home to numerous places of worship notably Hindu and Jain temples.  Most of these temples are highly venerated by devoutly religious people. Shri Bala Hanuman Sankirtan Mandir is the oldest temple established by Shri Prembhikshuji Maharaj in 1963-64. The temple is famous across the world for its continuous chanting of ‘Rama Naam’ since August 1, 1964. This unusual feat has earned the temple a place in the Guinness Book of World Records.

The trend of the constant day and night chanting of ‘Rama Naam’ has quickly spread to other cities within Gujarat. In cities like Porbandar, Dwarka, Rajkot, Junagadh, Mahuva in Gujarat and Muzaffarpur in Bhihar the ‘Rama Naam’ is now being chanted under the guidance of Sri Prembhikshuji Maharaj.The tradition began in the year 1964 on August 1, at Jamnagar with the period of “Akhand Rama Naam" when the ‘Rama Naam’ was first chanted for a period of 24 hrs.  Next to join was Dwarka where the tradition began in 1967. This was followed by Porbandar in the same year, Rajkot in 1984, Mahuva in 1997 and Junagadh in 1996.

The temple is maintained by a Trust Committee consisting of seven members.  The Trust maintains all activities of the temple including the yearly calendar, daily schedule of activities, maintenance and the roster for chanting ‘Rama Naam’.  The Bala Hanuman temple is one of the few cyber-friendly temples in India with a dedicated help-desk catering to thousands of pilgrims.
While there is a steady stream of visitors round the year at the temple, the best time to visit is in winter especially during the evening hours.  The temple is open all throughout the day.  However pilgrims can choose to opt for one or more of the following ‘darshan’ timeslots: Mangala Darshan at 6:00am; Shangar Darshan at 6:30 am, Managala Arti at 7am, Raj Bhog at 12noon, Utthapan at 4:30pm, Sandhya Arti at 7pm and the Shayan Darshan at 10pm.

The temple is situated on the south-eastern portion of the picturesque Ranmal Lake in Jamnagar city.  The continuous chanting of ‘Rama Naam’ that float in the air over the evening sights of Ranmal Lake and the medieval Lakhota Fort lend a certain arresting atmosphere to the entire area.  While the Ranmal Lake area transforms itself into a hangout zone by nightfall, the sounds of the chanting in the background emanates purity. The temple which is a must-see of every visitor to Jamnagar is credited with bringing forth a renewed belief in the divine and a pure rejuvenation of the spiritual self of every person crossing its threshold.

Explore more about About Jamnagar